We’re delighted to have sponsored the year one football team at Maulden Lower School, following the launch of our brand-new development in the village.

Maulden Lower School’s year one football team has been running for a year and a half, and was formed exclusively for the pupils. Players start on the team in foundation at four-years-old and play all the way through to year four, when they’ll be aged eight or nine. Currently, the team consists of eight players, aged five and six.

Prior to the pandemic, the team played friendly games and participated in training to help build their technique, give them an understanding of how the game is played and prepare them for competitive games. From year two (ages six and seven) onwards, weekly games will be organised against other local schools.

As part of the school charity, the Maulden School Association, the team is usually funded through various fundraising activities. Our sponsorship has paid for a brand-new team kit, which will be used for all the team’s matches from now through to year four.

Jamie Nicholas, Coach of the year one football team, said: “We haven’t been able to train during the national lockdowns and the kids are really looking forward to be playing again. Once it is safe to do so, we’ll be organising some friendlies against other local schools, but until then we’re thrilled to be back to training every weekend.

“Mulberry Homes’ generous sponsorship has given the team a sense of membership and belonging. They all really love their kits; it’s the first football team kit any of them have had. We can’t wait to get out on the pitch in our brand-new kits!”

Kerry Jones, Sales Director at Mulberry Homes, said: “We’re delighted to have sponsored the year one football team at Maulden Lower School. At Mulberry Homes, we aim to support and build lasting partnerships with the local communities amongst which we operate as much as possible.

“The ongoing pandemic has resulted in sporting teams being unable to train or play, and with schools being closed for months at a time, children haven’t been able to get outside to play and exercise as much as usual. We’re thrilled to have provided these players with their first football kit, especially during this difficult time. As lockdown restrictions are lifted, we hope the team can enjoy getting back to playing together, enjoying the sport they love and having fun with friends.”

This year, we’re celebrating our 10th anniversary. To honour the occasion, we are running a campaign in which each month we’re donating £1000 to a different local charity or public organisation nearby to our developments. This follows the success of our Distinctly Local initiative, in which we contributed over £10,000 to local charities and businesses throughout 2020. For more information on the 10-year anniversary campaign and the charities that have received donations so far, visit https://mulberryhomes.co.uk/news/distinctly-local/. 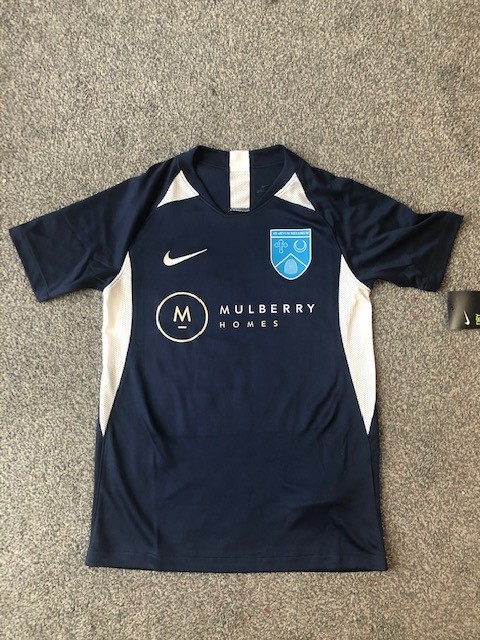 View Open
Our #socialmedia #competition with the @greensandc

View Open
Buying Off Plan can be daunting, but there are a l

View Open
Don't forget about our exclusive preview event for

View Open
Have you entered our #socialmedia #competition wit