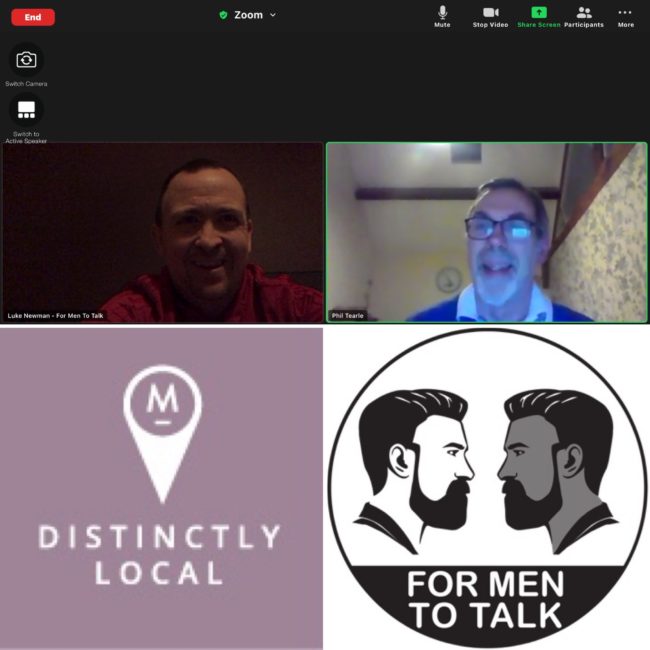 To kickstart our 10-year anniversary celebrations, we’ve donated £1000 to a Bedfordshire peer support group to help continue its vital support services during the pandemic.

For Men to Talk was founded by Potton resident Luke Newman back in 2019 and this is the second time we’ve supported the group, which is local to our development in Market Reach.

The donation comes as part of our 10-year anniversary celebrations where we’ve committed to donating a total of £10,000 to charities and organisations local to our developments throughout 2021.

For Men to Talk provides its members with an opportunity to openly talk about mental health during a weekly meeting. Prior to the pandemic the group would meet at a café in Biggleswade but now operates via Zoom.

Founder Luke, who suffered from depression after losing both his mother and sister to cancer, was keen for other men to have a place to talk about their feelings openly.  He said, “Sometimes men think they are the only people going through mental illness. Typically, they find it hard to talk about things such as anxiety, depression and grief.

“I’ve been through counselling and therapy and realised that there weren’t many opportunities for men to simply talk after my sessions had finished.

“I cannot thank Mulberry Homes enough for this second donation to our group. Their continual support allows us to reach more men so they can improve their mental health and well-being. Our mission is to change the perception that men should remain silent in regards to their feelings and with the help of Mulberry Homes, we can change that.”

The money will be used to fund the Zoom subscription for another year and to enable founder Luke to undertake mental health awareness training, to further support the members of the group.

Mulberry Homes has also worked with For Men to Talk to set up a Zoom talk with Prostate Cancer UK, which took place on 20th January, to raise awareness of the most commonly diagnosed cancer in the UK.

Luke added: “Men don’t talk to each other. That’s what For Men to Talk is trying to change. For the first year, since being formed, I have really focused on men talking about their feelings and mental health and that will always be the number one priority. However, I have a responsibility to raise awareness of men’s physical health, as well as mental. It’s so important to listen to presentations, such as Prostate Cancer UK, so that our attendees can look out for symptoms

Kerry Jones, Sales Director at Mulberry Homes, said: “This is the second time we have supported For Men to Talk as it was brilliant to see how our first donation was able to make such a difference to the group and help to raise awareness for men’s mental health.

“We thought that it was particularly fitting to support For Men to Talk during this third national lockdown. In normal circumstances Blue Monday, which is known as the most depressing date of the year, would fall in January so I think it’s extremely important that we’re talking about mental health especially during this difficult time and supporting those around us.

“The construction sector typically has high numbers of male workers and having a safe place to talk on a regular basis, especially during the lockdown, is vital to the general wellbeing of us all.”

For more information about For Men to Talk and to join the weekly sessions visit www.formentotalk.co.uk.

View Open
Our development in Launton Mews was looking incred

View Open
With the #Jubilee #weekend around the corner we ha

View Open
The Greensand Country Festival is in full swing an